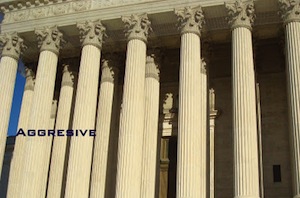 More frequently than not, cases settle prior to trial. Often these settlements are subject to confidentiality provisions and therefore, we cannot report those extremely favorable results. The following are a few recent cases which were either matters of public record or were settled prior to the filing of an action and not subject to confidentiality provisions.

Confidential Equine Matter. Our client, a beginning rider with no prior experience with horses hired a trainer to help her purchase a suitable horse. The trainer urged our client to go out of state with her to the HITS Thermal Horse Show instead of seek a local horse. The trainer advised our client to pay $27,000 for a horse that had a difficult and spirited nature, failed its pre-purchase exam, and had a suspensory ligament injury. The trainer instructed our client to pay the purchase price in cash to the Seller without a bill of sale and, of course, also collected a commission on the sale without a written commission agreement. Our client was able to obtain a five figure confidential settlement from the trainer.

Confidential Americans With Disabilities Act Settlement. Questionable claim by Plaintiff who claimed to have an action under the ADA was settled and dismissed immediately due to our aggressive litigation of this matter.

Confidential Commercial Lease Dispute. We were able to negotiate the full release of our client, a tenant in an office building in Laguna Beach, from their long term lease due to noise and odor issues.

Zephyr Equities etc. v. Brookfield Natomas, LLC. Orange County Superior Court Case No. 30-2013-00648089. Our client provided construction project management and entitlement services to Brookfield for nearly a decade under a consulting agreement. Brookfield dishonored the contract and claimed it constituted an illegal real estate sales contract. After our client prevailed in binding arbitration against Brookfield, Brookfield tried to have the award vacated. The award was confirmed by the Orange County Superior Court and judgment was entered on February 14, 2014.

Confidential Landlord Tenant Matter. Assisted a client who was the victim of domestic violence negotiate an early termination of her lease.

Commercial Landlord Tenant Dispute. After signing a multi-year lease, Tenants discovered during their build-out period that there was no water line that would enable them to have a kitchen in their restaurant. We assisted them in being able to terminate their lease early based on impossibility of performance.

Confidential Horse Ownership Dispute. A dispute arose between a former couple as to who owned the horse. A lawsuit ensued and we were able to secure ownership rights for our client prior to trial.

El Indio Tortilleria v. Tortilla Flats. Our clients, who had sold their restaurant business, were wrongfully sued for the debts of the buyer. We were able to secure the unconditional dismissal of our clients and obtain indemnity from the buyer.

Brand Family Trust v. Harding et al. Los Angeles Superior Court Case No. BC 487284. Our client owned residential income property along with her sister. When her sister passed away, her daughter took over the property and started making unauthorized changes to the property. We sued for partition of the property and were able to negotiate a favorable settlement for our client in which she was bought out at the current market rate.

Claim Against Allianz Travel Insurance. Our client purchased trip cancellation protection from Allianz Travel Insurance. For medical reasons they needed to cancel their trip. Allianz initially denied their claim stating that the medical condition was "pre-existing." Once we became involved we were able to recover full reimbursement for the cost of the trip on behalf of our clients without resorting to litigation.

FNMA v. Molina, Riverside Superior Court Case No. MCV1300995. Our clients leased a home from Landlord Molina. Molina defaulted on his loan and FNMA foreclosed on the property. FNMA tried to evict our client without complying with the Obama Act. Not only were we able to prevail and have the unlawful detainer case dismissed but we also enabled our client to buy the property from FNMA and they lived in the home rent free for nearly a year prior to the purchase.

Confidential Settlement in Dispute Between Homeowner and Homeowner's Association. We represented a homeowner who tried to sell their condominium but encountered resistance from their HOA which claimed that funds were due because of water damage allegedly caused by our clients. The sale was able to proceed under a temporary settlement which allowed the parties to set aside the disputed funds from escrow. Later, after the filing of an interpleader action we were able to recover all of these funds for our client.

Palm Beach Park Association v. Beardslee. Orange County Superior Court Case No. 30-2011-00469463. After losing her case in the trial court, Florence Beardslee came to our firm days before she was to be evicted from her mobile home. We were able to secure an emergency writ on her behalf keeping her from being evicted from her home and successful filed and briefed her appeal. The Appellate Division of the Orange County Superior Court not only reversed the judgment against Ms. Beardslee but ordered judgment entered in her favor in a case the Appellate Division recommended for publication. We obtained a six figure judgment on Ms. Beardslee's behalf against Palm Beach Park Homeowners Association.

Zone 101 v. Radco Management, Orange County Superior Court Case No. 30-2010-00433819. Our client performed services for the defendant but was not paid in full. We obtained an order freezing the defendant's bank accounts and a judgment in excess of $80,000 against the defendant.

Confidential Real Estate Matter. Our clients needed a bit more time to close escrow and seller wanted to cancel the sale. We were able to find a loophole in the legal documentation that enabled them the time they needed to obtain their loan and close escrow.

Confidential Landlord Tenant Dispute. We represented tenants who lived in a house that flooded. Landlord wanted them to continue their lease during repairs, we negotiated a settlement releasing our client and compensating them for damages.

Confidential Equine Dispute. Our client purchased a horse and the purchase agreement had a "right of return" clause which said that if the horse became unsound, the Seller would need to take possession of the horse. The Seller refused to honor the clause until we got involved. We were able to enforce the clause and the horse was placed by the Seller in a good home.

Confidential Settlement in Equine Fraud Action. After seeing a video of a horse, our client entered into an oral contract to purchase a horse. When the horse arrived, our client discovered that the horse had tumors that were not shown in the video. The seller refused to return our client's money and refused to take the horse back. We obtained a favorable settlement for our client prior to initiating litigation.

Confidential Settlement of Landlord Tenant Dispute. Investors acquired a property in foreclosure and wanted to evict our client without complying with the "Obama Act." We were able to keep our client in the home under the existing term and its option.

Kiely v. Leyva, Orange County Superior Court Case No. 11FL000017. Ms. Kiely was an elderly woman whose “friends” moved into her apartment when she was hospitalized. They then refused to move out. We were able to get Ms. Kiely her apartment back by bringing a successful elder abuse action.

Roman James v. Kimberlee Drake, San Bernardino Superior Court Case No. CIVSS810305. The plaintiff in this action claimed an interest in our client's real and personal property including her ranch and several show horses. After we were able to win a series of demurrers on behalf of our client, Mr. James dismissed his case. Our client, Ms. Drake, obtained a cost judgment.

Jeffrey Parkhurst v. Capistrano Animal Rescue Effort, Orange County Superior Court Case No. 30-2008-00115040 (2008). Even though Mr. Parkhurst's wife, Katherine Hammersly, lost her case against our client, CARE, a non-profit organization, her husband attempted to sue the charity for malicious prosecution and unfair competition. The malicious prosecution cause of action was stricken after our first demurrer and the entire case was dismissed when the summary judgment motion filed by us on CARE's behalf was granted. Mr. Parkhurst appealed the judgment and lost on appeal as well.

Successful Representation of Tenant in Unlawful Detainer Action following Foreclosure. Our client entered into a long term lease of a high end residential property. The Landlord lost the property in foreclosure and the new owner tried to evict them. We were able to keep our client in the home for the duration of the lease as well as the option period. 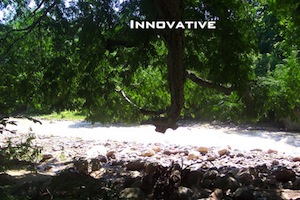 Confidential Legal Malpractice Action. Two individuals entered into a transaction with one another. To maintain confidentiality we will refer to them as Mr. Smith and Mr. Jones. Mr. Jones was represented by an attorney and Mr. Smith was not. Later, Mr. Jones breached his agreement with Mr. Smith and then filed for bankruptcy. Since Mr. Smith could no longer sue Mr. Jones, he instead sued our client, Mr. Jones' attorney claiming malpractice and fraud. The trial was bifurcated (divided into two phases.) After we won the first phase of trial, this case immediately settled. 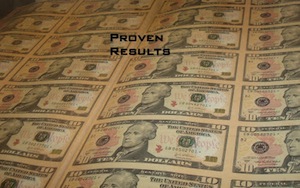 Dennis Harris and Joena Harris v. Wickstrom Structural Engineering, Inc., Riverside Superior Court Case No. RIC 495298 (2009). Our client was owed money for engineering work performed. In order to avoid paying their bill, Plaintiffs sued our client. After preparing both a motion for sanctions and a demurrer, and before these motions were even heard, the case was dismissed by the Plaintiffs and our client obtained a cost judgment on March 26, 2009.

Katherine Hammersly v. Capistrano Animal Rescue Effort, Orange County Superior Court Case No. 06CC09192 (2006). Our client, CARE, a non-profit organization, was sued by a former board member. CARE cross-complained against plaintiff for professional negligence and a number of other torts. We brought a successful motion for summary judgment on our client's behalf which resulted in the dismissal of Ms. Hammersly’s action in early 2008. CARE’s cross-complaint was settled however the terms of that settlement are confidential. The summary judgment was affirmed by the Court of Appeal on July 21, 2009.

Confidential Business Fraud Claim (2008). We represented an individual who purchased a restaurant business in a shopping center. The seller of the business failed to disclose that a competing business was moving into the same shopping center. The sales contract called for mediation prior to litigation. During mediation we negotiated a $75,000.00 settlement for our client and litigation was avoided.

McTeggart v. Moldovan Orange County Superior Court Case No. 05 CC 10650 (2008). Contractor who was not properly licensed sued our clients for sums allegedly due in connection with a tenant improvement build-out. Our client cross-complained for damages caused by the contractor’s defective workmanship. After a court trial of the case, Plaintiff was awarded nothing and our client was awarded a judgment for in excess of $173,000 which included an award of attorney fees and court costs.

Holland v. Hicks, Orange County Superior Court Case No. 07CC08896 (2008). The Plaintiffs in this case contended that our client's back yard skateboard ramp constituted a nuisance. Plaintiffs dismissed their action and our client obtained a cost judgment.