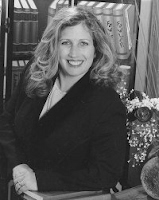 Adina T. Stern has been a member of the California Bar since 1983 when she graduated from Southwestern University Law School with honors. Ms. Stern has been recognized six years in a row as one of Orange County’s “Top Lawyers” by the Orange County Register's OC Metro Magazine and has an extremely high success ratio in cases which have not settled before litigation or arbitration.

Ms. Stern is often asked to consult with other law firms and attorneys who seek out her expertise, particularly in the areas of business litigation, real estate litigation, appellate law, real estate law and equine law. Having litigated a vast variety of civil disputes in state and federal court, our firm’s clients benefit from the broad experiential knowledge she offers when representing clients in both business litigation and transactions.

One of Ms. Stern’s greatest strengths is in the area of law and motion practice. As a result, Ms. Stern has been able to secure significant settlements for her clients and has also won a significant number of cases prior to trial after winning dispositive motions.

Ms. Stern has been a long time member of the Board of Directors of the Orange County Trial Lawyers Association and has received critical acclaim as the editor of that organization's quarterly legal journal, The Gavel, for two years. She has been active in community service and was recognized by Rotary International as a Paul Harris Fellow. She also coached Mission Viejo High School's Mock Trial.

Adina Stern's background has made her uniquely qualified to represent clients in a wide variety of industries. Ms. Stern was raised on a race horse farm and continues to be involved in the equine world today. She understands horses and horsemen and has worked on equine legal issues in California and Kentucky. Prior to attending law school Ms. Stern worked for her family's construction and development company and through this experience developed an in depth understanding of the real estate and construction industries as well.

During law school Ms. Stern was an extern law clerk to the Honorable Stephen Reinhardt on the Ninth Circuit Court of Appeal and served as the Executive Editor of the Southwestern University Law Review. While in law school she was awarded many honors including being named the Best Advocate in the Western United States in the Jessup International Law Moot Court competition and being awarded both the Thomas Bradley and Ida Reese scholarships. 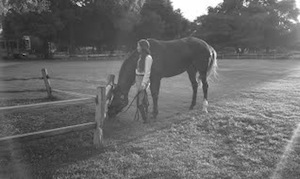 After leaving law school Ms. Stern practiced law with one of Beverly Hills’ largest and most prestigious law firms, Cooper, Epstein & Hurewitz. In 1992 she formed her own Beverly Hills law firm. Ms. Stern opened an Orange County office in 1998. Since that time, Ms. Stern has made Orange County her home. She is married with three children, only one of which still lives at home and who keeps her involved in the equine world.